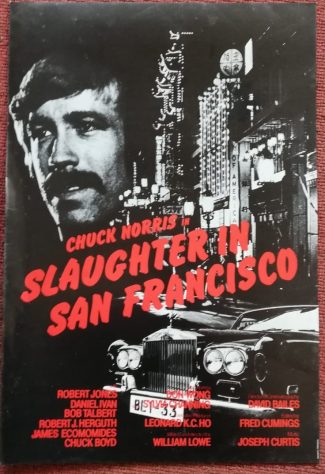 Title: Slaughter in San Francisco
Star: Don Wong Tao, Chuck Norris, Sylvia Chang
Director: Lo Wei
Description: This is an original two-tone, red, black and white promotional flyer printed by Hong Kong’s legendary Golden Harvest studios. Though the film itself was produced in 1974, this brochure was created to rebrand the movie after Chuck Norris became an action star in the US and internationally.
Publishing year of product: 1978
Condition : Mint (never displayed)

‘Slaughter in San Francisco’ stars Taiwanese martial arts star Don Wong Tao. In the wake of Bruce Lee’s passing, Wong was signed by Golden Harvest as potential successor to The Little Dragon. He had a cameo in the action comedy ‘Chinatown Capers’, before starring in ‘Slaughter in San Francisco’. Both films were shot in the US, with the latter also known by the unfortunate title ‘Yellow-Faced Tiger’.

The film sought to recapture some of the magic of the Bruce Lee films. Like ‘The Way of the Dragon’, it shot on a foreign location. Lee himself had planned to shoot on the American west coast. It was directed by Lo Wei, who made ‘The Big Boss’ and ‘Fist of Fury’, and features ‘The Way of the Dragon”s Chuck Norris as the villain. Norris, incidentally, single-handedly moved The Golden Gate Bridge around so that it would be visible in more shots…

Despite Don Wong’s good looks and evident martial arts skills, ‘Slaughter in San Francisco’ proved a box office disappointment, and Wong never starred in another film for Golden Harvest. Don returned to his native Taiwan, where  he enjoyed a long and illustrious career.

Reel East is proud to share this rare promotional flyer, printed by Golden Harvest to promote the international re-release of the film, in the wake of Chuck Norris’ subsequent stardom. 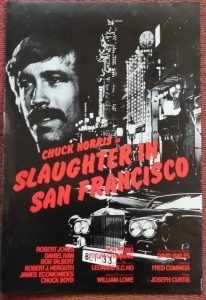 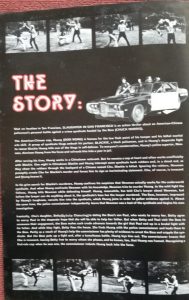 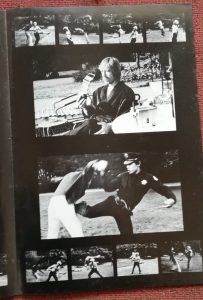 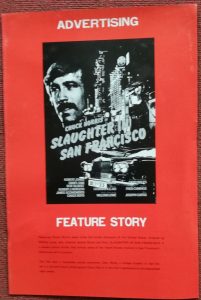