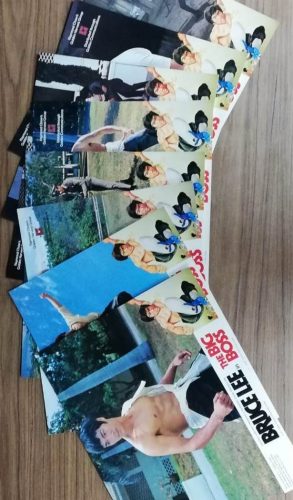 Only 1 left in stock

In 1971, a then largely unknown Chinese actor named Bruce Lee returned to Asia from America to make his kung fu movie starring debut in ‘The Big Boss’. The film was shot in Thailand on a shoestring budget and helmed by Hong Kong director Lo Wei. ‘The Big Boss’ (1971) delivered Bruce Lee, fully formed, as the new king of Asian action cinema. The studio that produced the film, Golden Harvest, soon realised that Lee’s charisma and his style of martial arts movie-making would win him a worldwide audience. ‘The Big Boss ’was dubbed into English, and released in the North American market as ‘Fists of Fury’. Its success paved the way for dozens of other ‘chop socky’ movies. The film went on to enjoy theatrical release and re-release internationally. ‘The Big Boss’ also became a staple video title, finding a new audience with each new home entertainment format.  Reel East is proud to be able to offer the memorabilia created by Golden Harvest to promote ‘The Big Boss’ internationally, and give fans the opportunity to buy a part of The Little Dragon’s legacy for themselves. 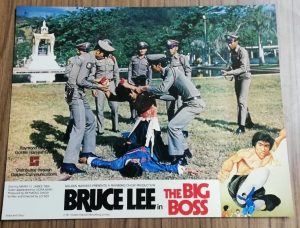 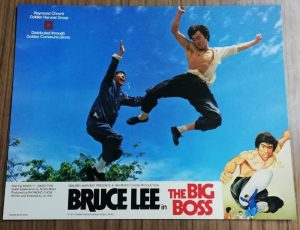 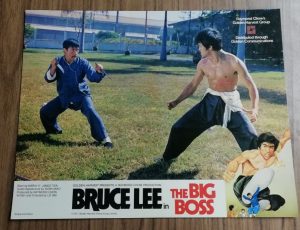 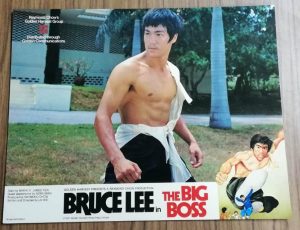 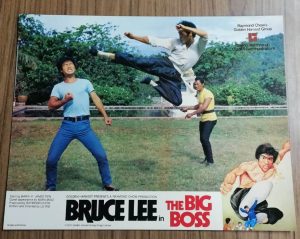