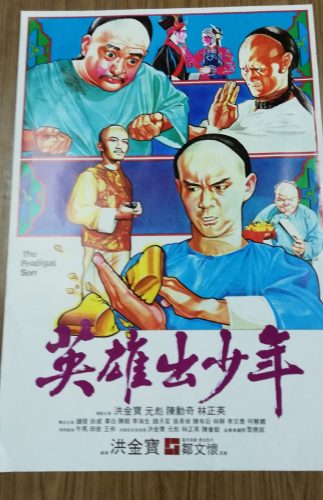 In 1981, actor/ director Sammo Hung made the film many consider to be his masterpiece, ‘The Prodigal Son’). The film tells a story from the history of Wing Chun kung fu, the style made famous worldwide by Bruce Lee. Sammo co-stars in, directs and choreographs the film, which stars Yuen Biao as a the young Leung Jaan. This ‘prodigal son’ will grow up to become the great-grandmaster of Ip Man. Ip Man was Bruce Lee’s teacher, and has been played on-screen in a series of hit films starring Donnie Yen. ‘Prodigal Son’ features sterling supporting performances by Lam Ching-ying (of ‘Mr. Vampire’fame) and Sammo himself. Reel East are excited to share the original memorabilia created by Golden Harvest to promote this film. These items are a must-have for fans of kung fu cinema and superstar Sammo Hung, and for long-time devotees of Wing Chun kung fu. 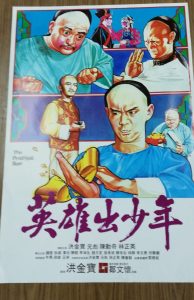