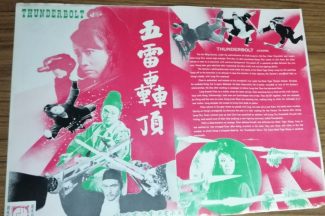 ‘Thunderbolt’ sees Angela Mao show off her swordplay skills in this spectacular wu xia epic. It co-stars James Tien, Bruce Lee’s co-star in ‘The Big Boss’ and ‘Fist of Fury’.

Reel East are proud to celebrate this swordplay classic by making this original theatrical flyer, printed by Golden Harvest for the 1973 release of the film, available to Angela’s worldwide fanbase. 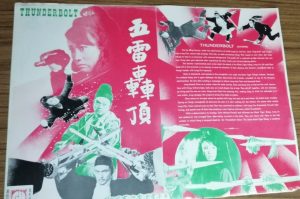 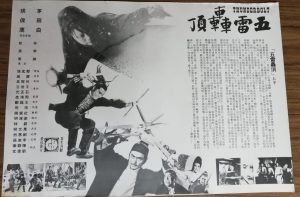