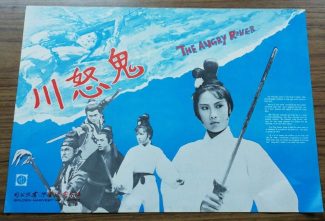 Title: The Angry River
Star: Angela Mao
Director: Wong Fung
Description: This is a flyer printed by Golden Harvest studios to be given away in Hong Kong theatres during the original theatrical release of Angela Mao’s film debut.
Publishing year of product: 1971
Condition : Mint (never displayed)

‘The Angry River’ was Angela Mao’s first film for the Golden Harvest studio, and the studio’s first film production. As such, it holds two special places in Hong Kong action film history.

Shot on location in Angela Mao’s native Taiwan, ‘The Angry River’ was choreographed by ‘The Big Boss’ bad guy Han Ying-chieh and legendary action director Sammo Hung, both of whom also appear in the movie.

Reel East are proud to celebrate this kung fu klassic by making this original theatrical flyer, printed by Golden Harvest for the 1971 release of the film, available to Angela’s worldwide fanbase. 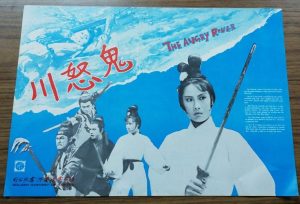 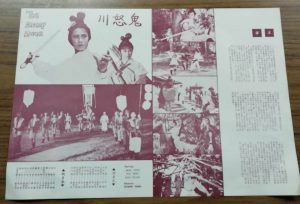