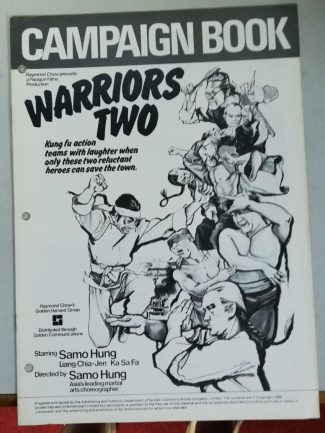 Title: Warriors Two
Star: Leung Kar-yan, Casanova Wong, Sammo Hung
Director: Sammo Hung
Description: This is a glossy black and white booklet printed by Golden Harvest in 1978 to promote the international sales of the film. It features facts about the film and multiple versions of the movie’s key artwork.

Actor/action director Sammo Hung established himself as one of the greatest director’s in Hong Kong film history with this breakthrough film, ‘Warriors Two’ (1978). The film tells a story from the history of Wing Chun kung fu, the style made famous worldwide by Bruce Lee. Sammo co-stars in, directs and choreographs the film, which stars Leung Kar-yan as Leung Jaan, great-grandmaster of Ip Man. Ip Man was Bruce Lee’s teacher, and has been played on-screen in a series of hit films starring Donnie Yen.

‘Warriors Two’ was shot in Hong Kong and Korea, with the film’s co-star, Casanova Wong, hailing from the latter company. Reel East are excited to share the original memorabilia created by Golden Harvest to promote this film. These items are a must-have for fans of kung fu cinema and superstar Sammo Hung, and for long-time devotees of Wing Chun kung fu.

Reel East is proud to add to our Wing Chun Heroes Collection this extremely rare international sales booklet for the film. 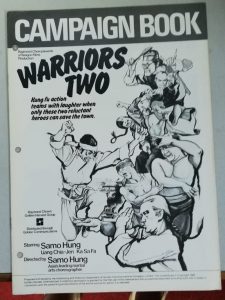 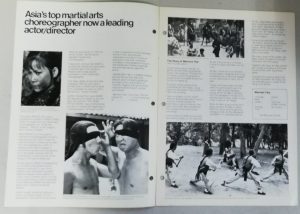 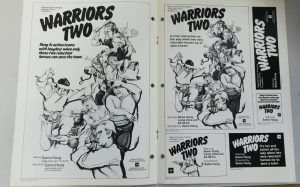 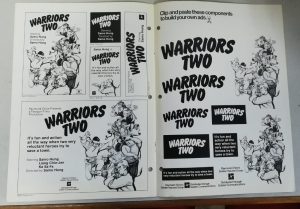 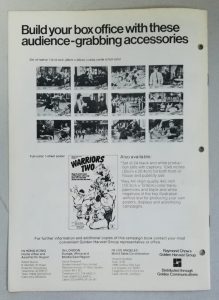