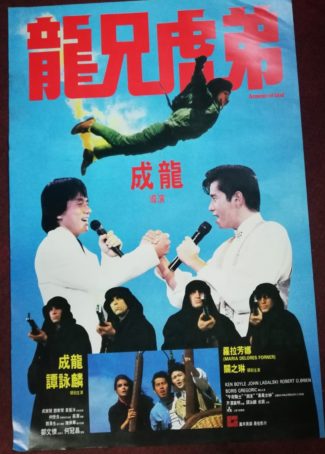 Jackie’s Asian Hawk character made his debut in the film ‘Armour of God’. The movie cast Chan as solder-of-fortune who travels the world searching for lost artefacts. An old comrade, Alan (Alan Tam), meets up with Jackie in France, and they embark on a mad mission to locate the eponymous ‘Armour of God’.

Like the Bond films, ‘Armour of God’ has a pre-credit sequence, before the main plot kicks off, leading to a breakneck sequence of car chases, stunts and the expected rapid fire martial arts fights.

As part of our Jackie Chan Collection, Reel East are proud to present this theatrical poster, printed by Golden Harvest to promote the Hong Kong release of ‘Armour of God ‘: 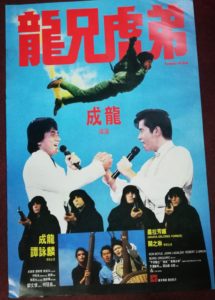