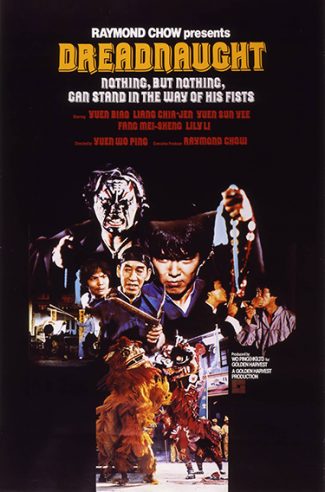 When you talk Hung Gar Heroes, you’re talking Wong Fei-hung, and here this  film that sees the final bow of the actor who created and defined that character for the big screen, the late, great Kwan Tak-hing.

Kwan Tak-hing, a master of White Crane kung fu, had first played Wong Fei-hung over thirty years earlier. When the first film in the black-and-white series was made, Wong’s wife and son visited the set. Kwan’s 70 plus run of feature films made him, understandably, eponymous with Wong Fei-hung. The films defined the cinematic elements of the Wong Fei-hung legend: his clinic, Po Chi Lam, his students, Lam Sai-wing, Leung Foon, his sidekick , Ah So, his Hung Gar kung fu skills…

After the run of the original films ended in 1970, Kwan Tak-hing revisited his signature role in three memorable films, ‘The Skyhawk’, for Cheng Chang-ho, and ‘The Magnificent Butcher’ and ‘Dreadnaught’, both made by Yuen Woo-ping. Yuen’s father, Yuen Siu-tien, had been a key player in the black-and-white films, so it was fitting that the circle was completed by his son.

‘Dreadnaught’ simultaneously crafts a fitting finale for the greatest kung fu icon of the early years of Hong Kong cinema, and provides a launching pad for the career of Yuen Biao, a star of the new era. 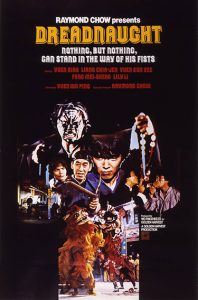