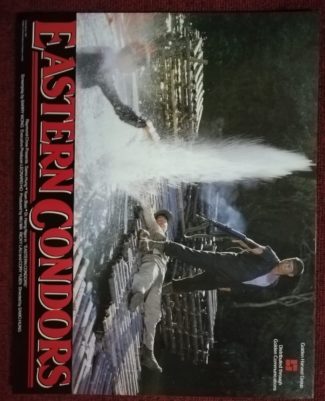 Description : A set of 6 lobbycards printed by Golden Harvest to support thr worldwide distribution of ‘Eastern Condors’. These are printed on thin paper accompanied by English text.

‘Eastern Condors’ sees Sammo Hung deliver the Hong Kong war movie in excelsis. Shot on location in The Philippines, the movie inherited some of the equipment and locations from Francis Coppola’s ‘Apocalypse Now’. Hung’s film more accurately recreates the excesses of Roger Corman’s Philippines-set war epics, and raises the stakes with a stunning blend of ballistic and ballet action.

Aiming to deliver a Chinese Rambo, Sammo himself slimmed down considerably to lead a squad on a ‘Guns of Navarone’ style mission. The film provides stand-out roles for two of Hung’s former Opera school classmates. Yuen Biao plays a local hustler who joins the team, and Yuen Wah gets a star-making role as a kung fu fighting Vietnamese general.

Hung also borrows from the most celebrated Hollywood-made Vietnam war movies, including a Russian roulette scene from ‘The Deer Hunter’ and Dr. Haing S. Ngor in his first role since winning the Best-Supporting Actor Oscar for ‘The Killing Fields’.

Justly viewed as a film showing Sammo at the height of his powers, as a director, choreographer and star, ‘Eastern Condors’ is a classic of Hong Kong action genre.

Reel East is proud to present a set of 6 lobbycards printed by Golden Harvest to support the worldwide distribution of ‘Eastern Condors’. these are printed on thin paper accompanied by English text. 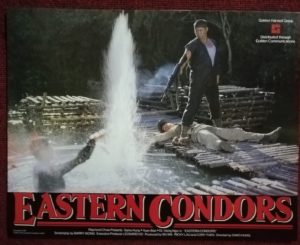 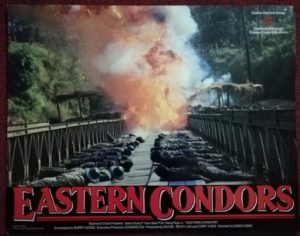 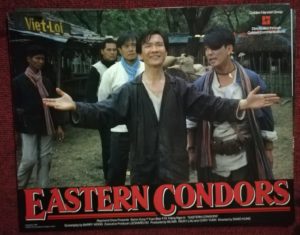 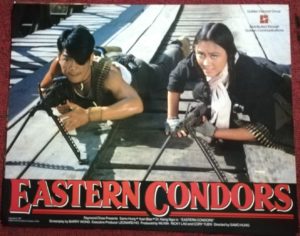 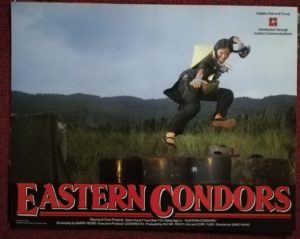 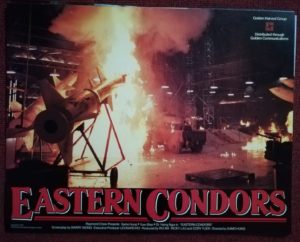