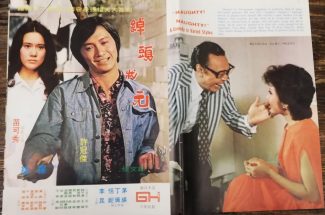 After director Lo Wei’s success with Bruce Lee’s ‘The Big Boss’ and ‘Fist of Fury, he reunited many of the key ‘Bruce Lee’ players for a comedy starring Hong Kong singing star Sam Hui. Hui was also a close family friend of Lee, who had died the year before this film was made.  Such was Angela Mao’s stardom at this point that she was drafted in to shoot a cameo in the movie, and perform a fight scene with the usual band of Golden Harvest stunt guys.

Sam Hui made his name as a singer of light-hearted Cantonese language songs that reflected every day life in Hong Kong. Signed by Golden Harvest, he became something of an action star in films like ‘The Tattooed Dragon’, ‘Back Alley Princess’ and  ‘Chinatown Capers’. ‘Naughty, Naughty’ sees him show off his comedic styling in a typically slapstick local

Reel East are proud to celebrate this wacky Hong Kong comedy klassic by making this colour and black and white flyer, printed by Golden Harvest for the 1974 theatrical release of the film, available to Angela’s worldwide fanbase. 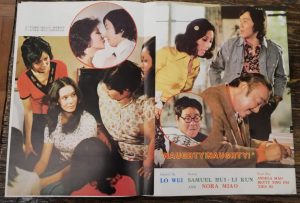 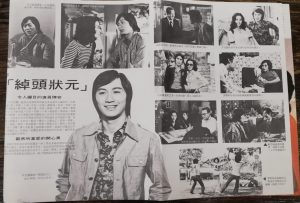 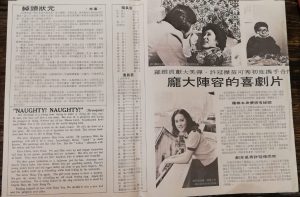