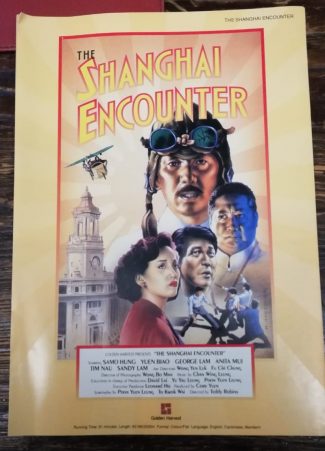 Stars: Yuen Biao, Anita Mui, Sammo Hung
Director: Teddy Robin
Description: This is an original movie flyer printed by Golden Harvest to promote the international sales of the film. Its on glossy paper, and features English text and colour photos from the movie.
Publishing year of product: 1990

Reel East is proud to present an international sales flyer printed by Golden Harvest to support the worldwide distribution of “Shanghai, Shanghai’. It is a glossy A4 fold out flyer featuring English text and color photos from the film. 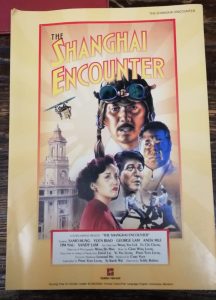 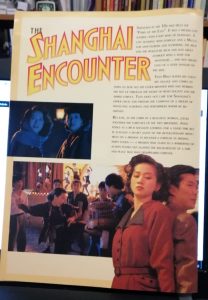 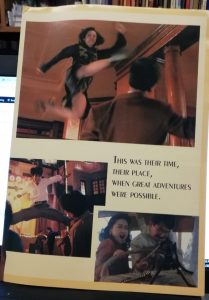 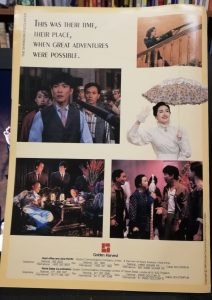