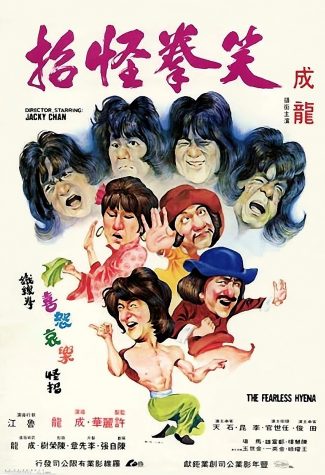 After he defined himself and a new genre with ‘Snake in the Eagle’s Shadow’, Jackie Chan starred in a film that has earned its own cult following. Reel East is proud to present rare genuine memorabilia from this epic. Given the star’s then spelling of his English name, this is The Jacky Chan Collection.

‘The Fearless Hyena ‘ was the directorial debut of Jackie, then Jacky, Chan, shot in Taiwan and produced by his mentor Lo Wei. Lo had directed two hit films for Bruce Lee, but struggled to find a unique identity for Jacky. It was only after Lo Wei loaned Chan out to director/producer Ng See-yuen to star in two kung fu comedies, ‘Snake in the Eagle Shadow’ and ‘Drunken Master’ that Jacky became a star. ‘Fearless Hyena’ came out at the peak of Chan’s new found fame, and played to audiences that had fallen in love with him and this new genre of slapstick kung fu fighting. ‘Fearless Hyena’ was a huge hit throughout Asia.

The film’s supporting cast combined elements of past and future. Chan’s character’s uncle is played by Bruce Lee’s co-star James Tien, the villain of the piece is Yam Sai-kwoon, later to star opposite Jet Li in ‘Once Upon a Time in China’ and Donnie Yen in ‘Iron Monkey’.

Released at the height of the kung fu comedy boom, firmly established Jacky/Jackie Chan as the new king of Asian action, and showed his talents in front of and behind the camera.

Reel East and The Jacky Chan Collection are proud to celebrate ‘Fearless Hyena’ by making this original theatrical poster, printed for the 1979 release of the film, available to Chan’s worldwide fanbase. 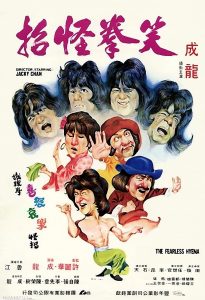