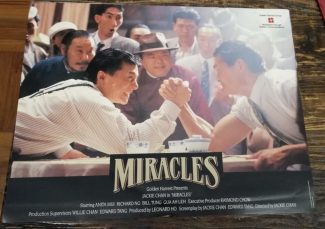 After a couple more kung fu comedies, ‘The Young Master’ and ‘Dragon Lord’, Chan shifted gears, and centuries, to make the piratical swashbuckler ‘Project A’, the modern day cop actioner ‘Police Story’,  the international stunt comedy ‘Wheels on Meals’ and the Indiana Jones-esque ‘Armour of God’.

For his most epic film of the 80s, Jackie took a leaf from the Frank Capra playbook, remaking Capra’s ‘A Pocketful of Miracles’ as, well, ‘Miracle’. The movie is also known as ‘Mr. Canton and Lady Rose’, with Jackie being Mr. Canton and Hong Kong songstress Anita Mui as Lady Rose.

Set in 1930s Hong Kong, the movie was shot on spectacular Golden Harvest studio sets and on locations in Macau. It saw Jackie cut loose with the Steadicam and Powerport, executing stunning camera movements in virtually every scene. It features the expected fast paced chases and fights, as well as extravagant dance numbers and montages.

Reel East is happy to offer this set of 6 (six) lobbycards printed to promote the international distribution of the film. 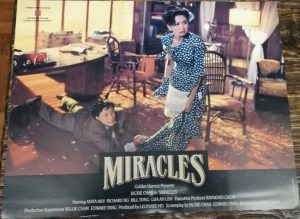 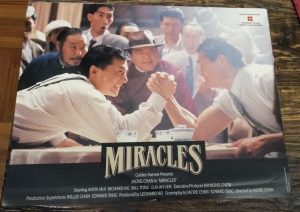 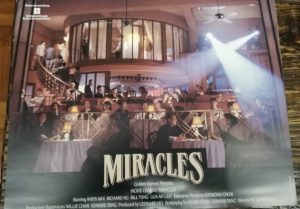 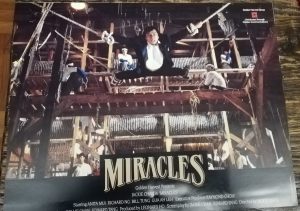 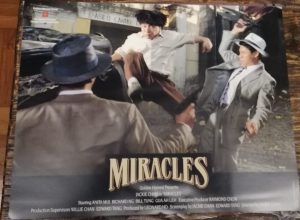 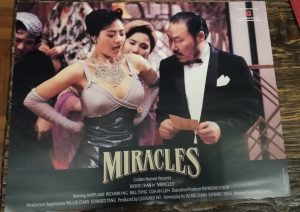