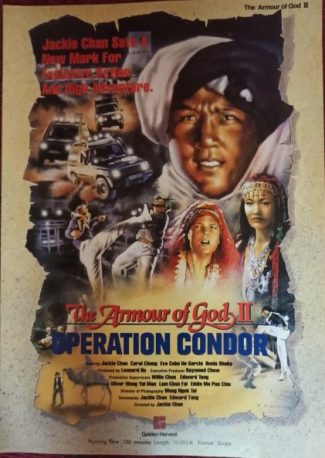 Jackie’s Asian Hawk character made his debut in the film ‘Armour of God’, and returned to the screen for an even more epic adventure in ‘Operation Condor’. The film saw the Hawk and his three female sidekicks on an adventure through France and Morocco on a quest for buried Nazi treasure.

Like the Bond films, ‘Operation Condor’ has a pre-credit sequence, before the main plot kicks off, leading to a breakneck sequence of car chases, stunts and the expected rapid fire martial arts fights. The finale is set on a vast interior set at Golden Harvest, and includes a fight in wind tunnel and a mass brawl on a giant teeter-totter.

As part of our Jackie Chan Collection, Reel East are proud to present this full colour international sales flyer, packed with photos from the film, printed by Golden Harvest to promote the worldwide release of ‘Operation Condor ‘: 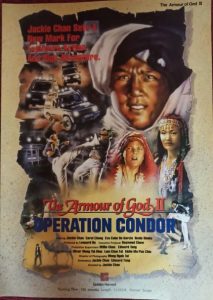 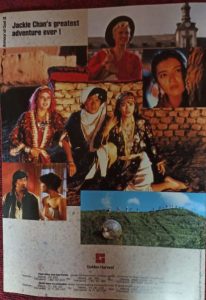 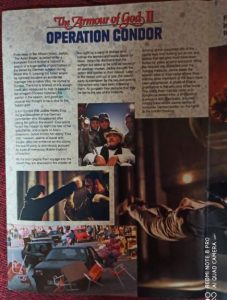 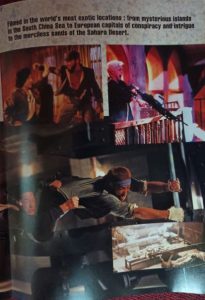