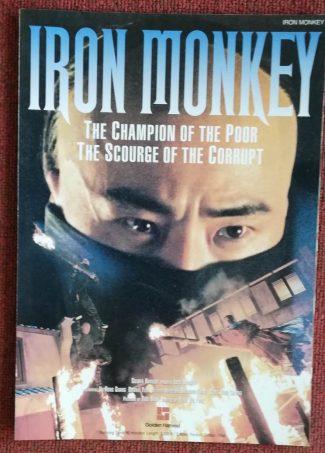 Reel East continues our Hung Gar Heroes series with a movie that redefined some classic characters from Cantonese folk culture.

‘Iron Monkey’ stars Donnie Yen as Wong Kay-ying, father of the legendary Wong Fei-hung, portrayed here by a girl, Angie Tsang. These two Hung Gar heroes, father and son, find themselves waylaid in a remote town, and forced to team up with a local Robin Hood-style hero, the Iron Monkey (Yu Rong-guang), to take down an evil monk.

Original international sales flyer (A4 sheet folds out into A5 poster) : 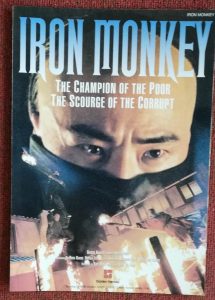 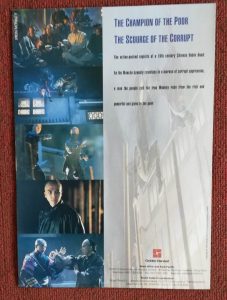 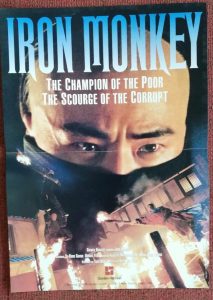